Over the years we have become associated with a number of talented musicians and songwriters. We’ve often daydreamed about a music tour that would be biblically grounded, of the highest musical quality, and evangelistically savvy. Those dreams have become reality. The first Songs of Ascent Concert Tour took place last year from April through June 2011.

We traveled all over California and featured a themed approach that included original songs from several young, spirited Adventist musicians, most of them being former students of our ARISE evangelism training program.

We’re so thankful to Jesus for the blessings and success of the tour, which included more than 20 concerts and added 3000 miles to a very carefully and thoroughly packed mini-van. Christ was uplifted and hearts were moved by the gospel-centered music provided by the “musicianaries” (they are musicians and missionaries) that led those attending on the Eden to Eden journey through Scripture. We believe this creative project is just the beginning of a whole new way of “doing” ministry and evangelism. 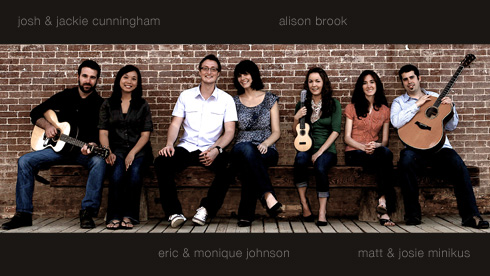 This year’s tour will take place in the Pacific Northwest (Oregon, Washington, British Columbia), launching this weekend at the ACTS Conference. Be sure to check out the tour schedule and like us on Facebook!