God Was Good in Guatemala

It was my last night of cafeteria food. The next morning I would be leaving ICAP (ECAP) and saying “adios” to the hundreds of young people who had listened to me preach for the last 18 nights. A table of students motioned me over. I recognized two of the girls who had just given the special music. They shared their unsolicited testimonies about the impact of the meetings and when the tears began to fall I realized what God had wrought.

At first I wasn’t sold out for Guatemala. Some friends wanted me to go more than I did, but it seemed like a great opportunity for my wife and daughter to be with me in the mission field. They would be working with the dental team and handing out clothes and goodies in the villages. Kierra even ended up pulling a tooth. 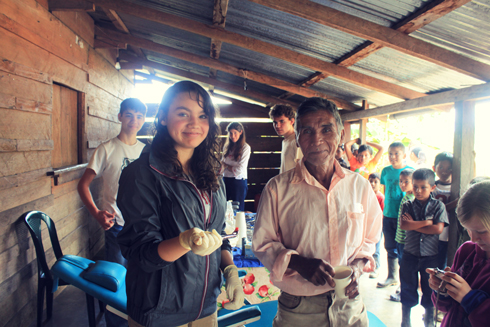 My daughter Kierra with an elderly gentleman and the tooth she extracted from him which brought him a smile and much relief.

In addition, this outreach gave Light Bearers an opportunity to send a container of newly translated Spanish literature to Guatemala through Water for Life. As it turns out, Guatemala is hungry for literature and before leaving we laid plans for a second container this year (God willing). 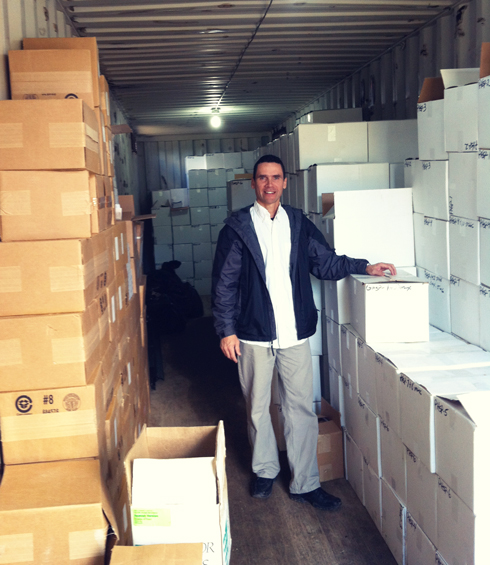 Me inside a container holding the remainder of the material printed by Light Bearers in 2011 for Guatemala.

Water for Life has been drilling wells in Guatemala for years. Words fail to describe the impact this ministry has had, the lives touched and literally saved, and the doors that have opened to the gospel through the untiring efforts of these volunteer well-drillers from all over the U.S. 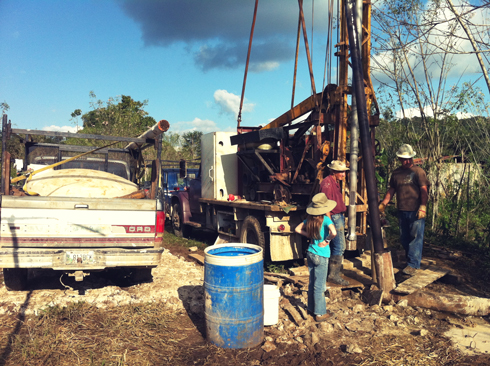 A Water for Life well being drilled in a remote village area in Norther Guatemala.

Guatemala is in Central America bordered by Mexico to the north and west, the Pacific Ocean to the southwest, Belize to the northeast, the Caribbean to the east, and Honduras and El Salvador to the southeast. Its area is 108,890 km (42,043 mi) with an estimated population of 13,276,517.

A representative democracy, its capital is Guatemala de la Asunción, also known as Guatemala City (with a reputation as bad as Los Angeles).

The late 20th century saw Guatemala embroiled in a 36-year-long civil war which ended in 1996 with a peace accord. Following the war, Guatemala has witnessed both economic growth and successful democratic elections.

ECAP is located in northern Guatemala, in what was mostly gorilla territory, and it became home to many young orphans whose parents were caught in the crossfire of the horrors of war. Today it is a thriving school offering not only academic education, but practical training in trades like mechanics and agriculture to the 500 students who attend this boarding academy.

The immediate fruit of this 18-day evangelistic outreach was unexpected, at least to me. In the first week, a young man whose religious background was Catholic had expressed an interest in baptism. By the close of the second week, four young people were baptized and then another four the following Sabbath morning.

One of those baptized was a young man from the Bronx, New York. He was not attending church at home though he was raised Seventh-day Adventist (SDA). He told me that his mother sent him to Guatemala to learn Spanish. I remember him because as I was shaking hands with all the visitors and students with my gringo “hola” and “buenas noche,” I hear a, “Hey, how are you doing?” come my way with a knowing smile on his face. 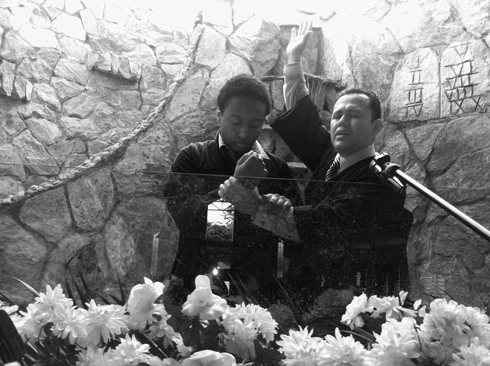 A young man from the Bronx, New York was baptized at the close of the series of meetings.

Another young lady who was baptized was the daughter of an American missionary. Her mother married a Guatemalan and has lived there for 27 years. This young lady was accepting the three angels’ messages (I had just preached the “mark of the beast” last Sabbath morning) which brought her an entirely new understanding of Bible prophecy.

Additional connecting time with these young people was in the cafeteria and on game nights. Every Sabbath evening I joined them for football (soccer), basketball (basketball) and just to hang out. The first night we formed a “gringo” football team and almost got laughed off the field until I scored a goal (they didn’t know that I was raised in England playing soccer). The crowd erupted with applause and our opponents lost no time trying to even the score (we ended the game tied 1-1).

On the last evening I spoke on the new heavens and new earth. I was at my weakest and God was at His strongest! One man told me that heaven had never been so real to him as now. The pastor closed with an earnest appeal for more decisions, especially from the seniors. Dozens stood declaring an interest to be baptized following studies and it seemed that many more of the 500 students would be added to the 134 Adventist population. 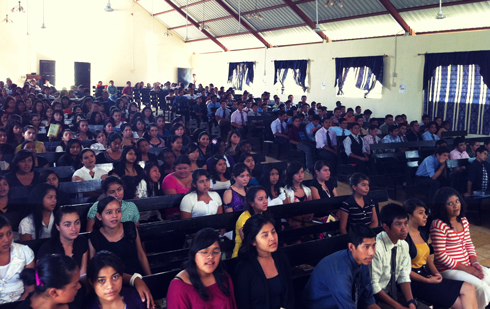 Hundreds of students attended the three week series and many were batptised or made decisions for Jesus.

One of the highlights of the trip was my translator, Eston. Raised in the church, he was running the streets of Guatemala City when he first listened to a series of tapes that changed his life. He took them from his dad to record hip-hop from the radio, but decided he should listen to them before recording over them. That first listen brought him to tears and he began to translate the message for his friends. One of them ended up attending an evangelistic series with Eston and both decided to be baptized. The life-changing moment came for Eston when his street-running-gang-friend-now-baptismal-candidate asked him, “You were raised an Adventist and you knew all this… How could you live with yourself?” That was 20 years ago and since then Eston has become a pastor and powerful witness for Jesus Christ. And you may have guessed, those tapes he listened to were a series of meetings from Light Bearers!

James has spent more than 30 years preaching the gospel around the world in revival seminars and evangelistic meetings. He and his wife Risë have two adult children, Jeiel and Kierra.